Yesterday Angie and I took a trip to Richmond to visit Amy. It was such a beautiful day, sunny and hot that it felt like summer, so we sat by the river and with our Starbucks drinks and watched the ducks. Then Amy met us and we sat on a bench. Then the tide came and the river overflowed over the pavement on to our feet, it was like we were ar t the seaside. So cool, I want to go there again!

Kavos, Corfu – Monday 11th to Tuesday 19th September
Last week I went to Greece with my penguin Henry. First impressions was great, there were pineapple shaped trees everywhere . But on reaching our resort, Corfu Sea Gardens, and in desperate need of sleep, I cried as we had these lumpy things that were supposed to be pillows! How I dreamt of even my Woolworths 4 pack savers pillows, even they were luxury in comparison. And our loo, you had to open the lid to flush it, and the showers had no hot water.

It got worse, that evening we checked out the resort entertainment, and to my dismay, it was what I imagine Butlins would be like, a fat bloke trying to sing and be funny. And my pineapple juice was that cordial stuff that wasn’t diluted enough. Eurgh! So we went back to our room and played Super Mario on my DS. Then we were saved unexpectedly by what I thought were drunken lager louts. But I discovered later that that was just a Derbyshire accent, and a young lad was saying ‘Going down Kavos?’ Yes, there was life outside the resort, and instead of a night in with my DS, we ended up having a night out, Yay! 2 lads showed us the way to Kavos, and even me with my common London accent felt posh next to them. I couldn’t understand what they were saying, but what I got was that they were 17 and drove tractors in Derby and they had never seen so many bars that in Kavos, bar upon bar for over a mile! When we got there, it was pretty much like Koh Samui in Thailand, except maybe a bit grubbier. I’m glad I don’t like up North, sounds like there’s absolutely no nightlife there. 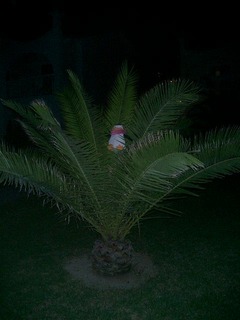 So pretty much every night we went to Kavos. The first night we got lost on the way back, and ended up in another Kavos bar street. Its scary walking back to the resort, as the road is dark with no street lights and there’s a dog that keeps barking. Its easy to see how people get so drunk out here, outside every bar is a PR person trying to get you to go to their bar, tempting you with a billion drinks for 5 euros. The first night out we discovered an indie/pop bar that was full of 18-30 club people that wore blue matching t-shirts, including a bunch of boys pole-dancing. Ew! The second night we met a bunch of northerners, one had Johnny Vegas’s voice and was doing a strange dance routine. We tried the punching bag game, and the next day my arm was aching, so I guess girls shouldn’t punch that hard.

Next day was sleep on the beach day. I read a really good book called ‘A Journal of Mortifying Moments’. Friday we went out to Kavos again but it was dead. Strange. We stayed in a bar where this guy from Hammersmith was MCing. He was good.

The next day we walked around the coast to Kavos, and walked in the sea, That was cool. The beaches are so dirty though, litter and seaweed and random rusty pipes, I much prefer Torquay. Good news, we discovered they were showing the X Factor in the bars, which were set out like a cinema. So that evening we watched it on 3 big screens and then went bowling. Went to a bar called The Barn which charged London prices for drinks. Don’t go there ever! Then back to the Bowling Bar for the loos. Oh my god, their loos are the cleanest loos ever in Kavos, cleaner than our hotel. It is a must to go there just to use their facilities! The rest of the night I danced a lot and stole someone’s fries from McDs and ran away. Hee hee.

Sunday was shopping day, I got choccies and gifts from Chandris supermarket – the biggest supermarket in Kavos. Monday was the last day and ended up being the longest day, don’t really want to go into it, but basically was stranded on the streets from 6pm, supposed to fly back at 7am, but ended up flying at 5pm, getting home at 10pm, making it a total of 36 hours that we were awake. I was like a zombie. Don’t ever fly with Excel airways, and don’t ever book with travelbargains.com. Don’t do it!!!

Kids First Charity Ball, Old Billingsgate – Friday 8th September
And that’s not Billingsgate Fish Market in Poplar! The Kids First Ball was at Old Billingsgate in Monument/Tower Hill and the whole place was set out like a Pirates of the Carribean set, trees everywhere, masts as seats, waiters dressed as pirates, it was breath-taking! Forget the dinner, the best bit was dancing in the pirates set, and winning my Nintendo DS in the pass the parcel. I screamed with amazement when the music stopped and I unwrapped the parcel, and then the Sugababes came out on stage. Seriously it was an AMAAAAAAAAAAZING night 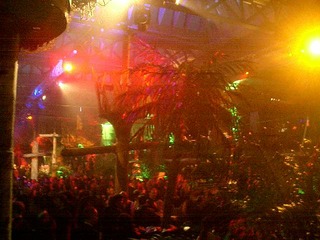 One response to “Richmond, Kavos and the Kids First Ball”

💎 MAGIC PORTAL - OUTDOOR EXPERIENCE with @escapewindsor 💎
It’s not very often I’ll wear a sari but I’ll make an exception for my sister’s nikah! 💕
☕️ 🍰 🥛EnigmaEton 🥛🍰☕️
📚 ROALD DAHL MUSEUM 📚
One more last day of school photo - because why not! Schools out for summer 🎉
Last day of school vs First day of school (scroll to see the pic) - where does the time go?!