Remember back in September we did a makeover for Tyler’s bedroom and we put a double bed in there. Well I decided it was time to get some duvet covers more suitable for a 3-year-old. Of course, you can’t just buy kiddie double duvet covers on the high street, as single is more of the norm. So I turned to good old Ebay. There are so many designs to choose from, I was browsing for ages. In the end I bought these two: 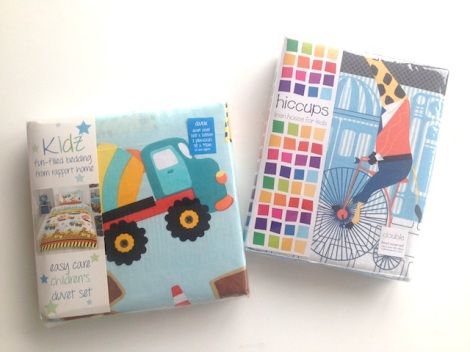 Both had free postage and packaging and came in the post within 2 days, and each set came with 2 pillowcases. On Saturday, I tried them on, so excited was I to see how they would look. The first one I put on was the Construction Trucks one, and it looked like this:

Such a bright and colourful print, I was really pleased with how it looked. It’s double sided too, so the print is on both sides. The quality of the fabric was a bit tough and thin, so I’m going to wash it to soften it up. The pillowcases are wider than standard ones, I assume they’re made for another country’s sizing. Here is a close-up of the pillowcase. 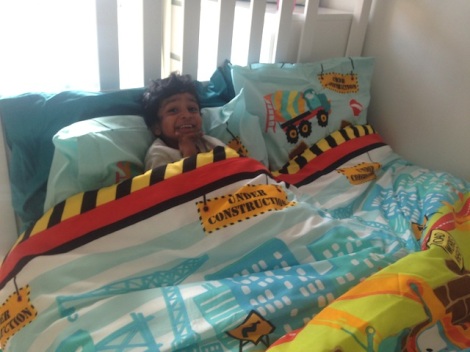 I took it off to Tyler’s dismay – “My new bed!” he cried! I told him that I was just trying the other cover on now! This is how the ‘Out n About’ duvet cover looked:

I love the print on this, it has a track and a steam train at the bottom, and then cars, school buses, shops and animal characters, it’s so cool!

The quality is so much better than the other cover, so it’s worth paying extra as this one cost £19.99. The fabric is soft, and there is piping all along the edges. The other side of the duvet cover has a pale blue print. The brand logo ‘hiccups’ is sewn as a label, so it looks better quality.

This brand ‘hiccups’ is from Australia according to the packaging – I quite like having something that’s come from the other side of the world! Here’s the train and track at the bottom of the quilt. 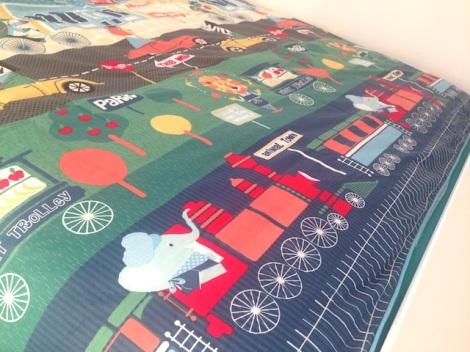 And here is a close-up of the pillowcase: 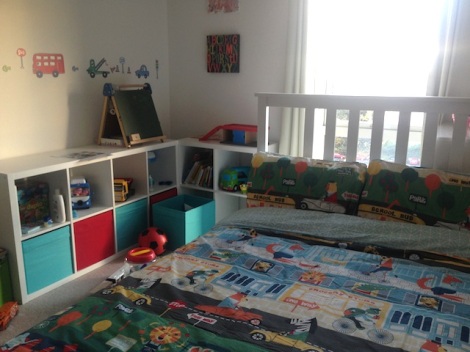 Cute hey? So there you have it, double duvets can be for kids too!

Join 3,363 other followers
Follow The Mummy Stylist on WordPress.com

Quirky passions!
🎃 Pumpkin Picking and Halloween Events around Slough & Windsor 2022 🎃
ad | Introducing the brand new Pony’s Stylish Hair Salon from @sylvanianfamilies_uk 🤩
🎃 Pumpkins, pumpkins 🎃
Raincoat weather - yes I think it’s finally time to admit summer is over 😭
Happy Monday! Somehow it’s the last week of September 🍂 We are doing more secondary school visits for this one over the next few days. I really can’t believe the time has come to apply 🙀