Out of all the months I have written these siblings posts, this month has been the cutest. Lily has come up with the most random nickname for Tyler… Dot. I have no idea where it has come from, why she won’t say Tyler. It’s “Dot, sit down!” “Where Dot gone?!” “Dot still sleep” “Don’t cry Dot” “Dot! Eat rice!”

It is so adorable, if she can’t see ‘Dot’ it’s panic mode, where is he?! She follows him around and copies everything he does, literally everything. And Tyler is an adorable big brother, giving her kisses that she bats away with her hand. “But I love her!” he will wail when she’s in one of her moods. 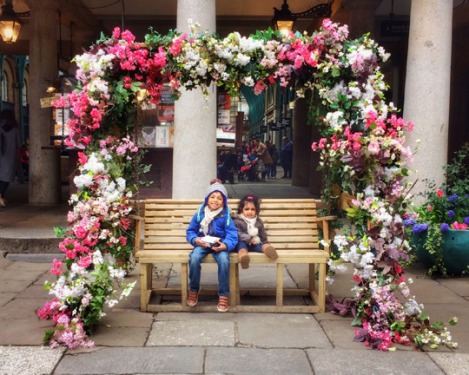 They wake each other up in the morning, so there have been ridiculously early starts in the morning this Easter holiday, sometimes even at 5.45am. I put the blackout blind up, but it made no difference. They wake and want to play straight away. But it’s nice to hear laughter and their cute little voices first thing. Though more sleep would be appreciated!!

They have been on many adventures the past month – from trampolining to travelling into London to visit the London Transport Museum (twice!). 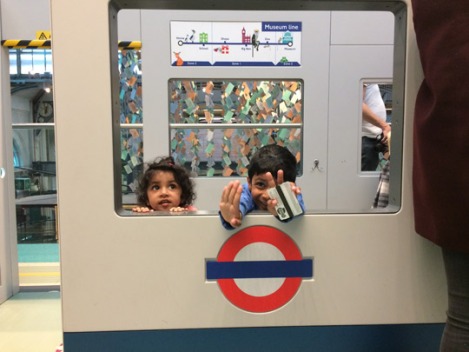 Mooching around Legoland Miniland (twice as we have annual passes, yaay!!)

Climbing up nets to the treetops at Go Ape. 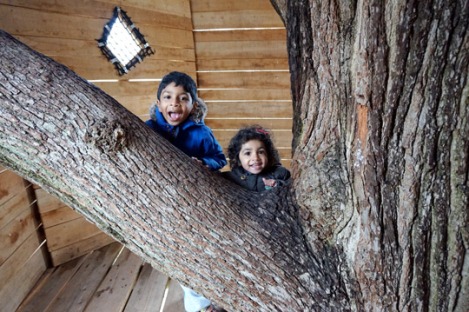 And then there have been the little photoshoots at home for my whimsical Instagram photos. The photos don’t take long to take – they are surprising happy to pose, so long as there are snacks and toys to hand. The editing is the long bit, but I love it!! 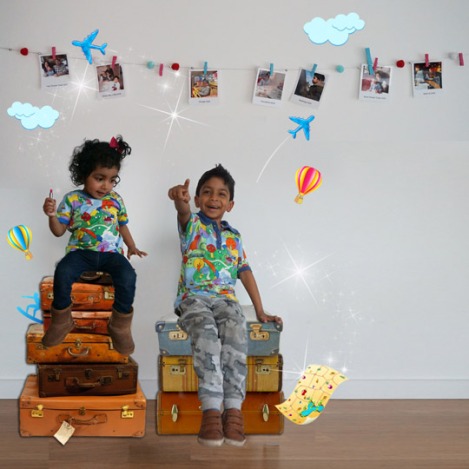 So that was April with Lily and Dot. They make me so happy. I know I’ve only written about the happy bits, obviously they do bicker and annoy each other too – but hey, that wouldn’t be normal if they didn’t. But even their bickering is cute to me. And to be absolutely honest, I treasure every moment with these two. Because I am absolutely heart-broken for Louise from Little Hearts, Big Love. Her little girl Jessica died yesterday. She was 6, the same age as Tyler and I just can’t get my head around that she’s not here anymore. That her little sister Sophie doesn’t have her sibling anymore. Will she call out for Jessica like Lily calls out for Dot. I’ve literally been crying on the inside since I heard the news. Even more so because they are locals, they’ve been to many of the places I have been to with Tyler and Lily. Life is just so unfair. Please hold on to your kiddies, cuddle them and kiss them, who cares about the bickering.