After writing about our daytrip to Henley-on-Thames the other week, I wanted to do the same for our trip to Marlow. We have absolutely fallen in love with Marlow, the pretty high street, the picturesque walk from the station to town, the fun playground with its own coffee shop, the river, the flowers. And it’s so easy to get to from Slough – we got the GWR train from Slough to Maidenhead, then Maidenhead to Marlow and it costs £6.70 return. The only thing is the Marlow train only runs once an hour, so you have to check your train times – miss it and you have a long wait!

I’m going to share the Instagram stories I made from the first day we visited Marlow. On arriving at the station, you’ll see the old station hotel which is now a local called the Marlow Donkey (named after the old Marlow steam trains which were called the Donkey). We went in there the second time we visited the town and it’s really nice. The walk to town took us 20 minutes with the kids, but would take less time if you’re walking on your own. The houses on the walk are so cute and pretty.

As you get to the end of the road, the high street is on the right and Higginson playground is straight in front of you. We went in the playground cafe which is called the Resolute. It’s so handy having a cafe right by the playground. 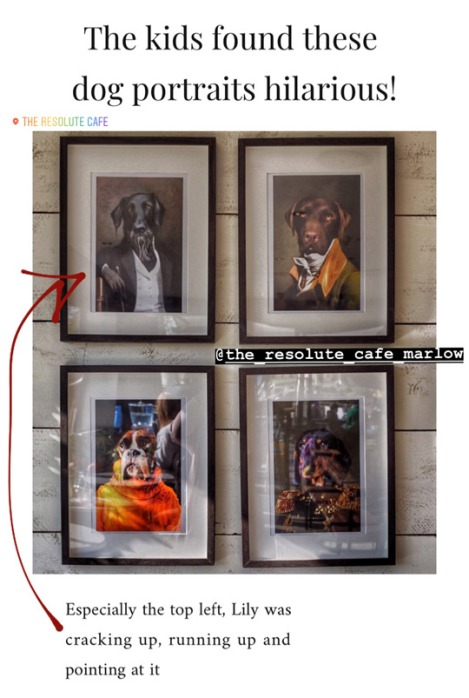 The playground is the kids’ new favourite. They were so keen to show their daddy it that we visited Marlow again the next week. Lily always asks me to take her to the ‘new’ playground whenever we walk by Slough train station.

We had arrived at the playground at 4pm and they played there until 5.30pm! I took them for a meal at Pizza Express, which is now a favourite with Tyler and Lily.

After dinner we walked back through the high street, ready to make our way to the train station. 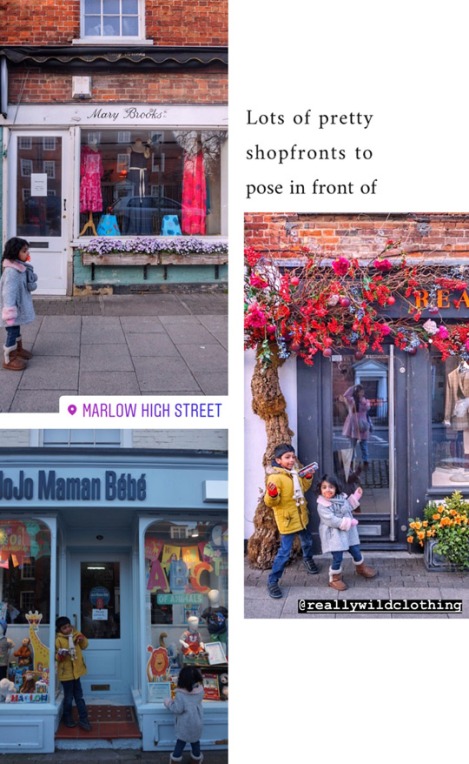 And we made it in time to take a family selfie and read the interesting bit of history about Marlow station. There used to be a beautiful station building but it got demolished in the 1960s/70s and there now stands a pretty row of new-build houses. 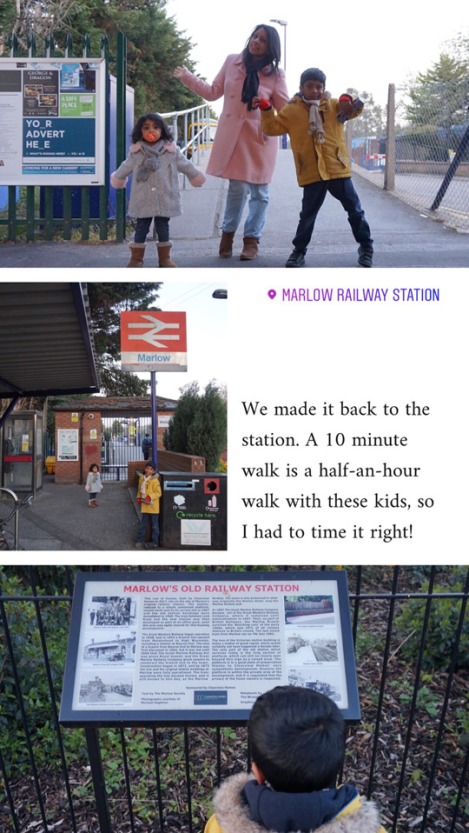 We had to change at Bourne End on the way back, but we had a good view of the trains at this station.

As I mentioned earlier, we visited again the following week with their daddy and this time we went for a walk along the river. There was a building covered in wisteria that I think is a cafe. The park behind the playground is huge and people were have picnics, there was a crazy golf area, flowerbeds. It’s so pretty in the sunshine there, definitely worth a visit.

A post shared by Sabrina | The Mummy Stylist (@themummystylist)

We loved Marlow, and £6.70 return from Slough on the trains is not too bad. Discovering places we haven’t been to before by train is really fun. You should try it too!