Last night my husband and I went to pick up my boy from my parent’s like usual on a Thursday. Well we were a bit later than usual and my hubby was finishing something off at work, so we got to my parent’s at 7.30pm. My mum said Tyler had been very tired all day and was upstairs in my brother’s room. He’s always in my brother’s room as he adores his Uncle Zu – nothing to do with all the shopping trips and toys he buys for him 😉 Anyway we went up and he was fast asleep. We thought it was our fault as we had got there a bit late. He woke with a smile when he heard us talking, but was very dozy.

We brought him downstairs to my room so we could put him in his nightie and then get his coat on to could take him home. That’s when I noticed he was really hot and just didn’t seem himself. It wasn’t just tiredness, he had a fever! He went to the loo, then he crawled back on to my bed while I put his nightie on, and then he tucked himself in. We gave him some Calpol and he went back to sleep.

I said to my husband, we can’t take him home, he’ll have to stay here. And of course I had to stay too – luckily I had a spare pair of contact lenses for the next day. But I had work the next day, and no spare outfit at my parents – nothing fits me anymore! So my husband said he’d treat me to a new outfit from the 24hour Tesco – isn’t he the best 🙂 My family kept an eye on Tyler when we had an impromptu date night at Tesco. And it was busy even at 8.30pm, women were still clothes shopping! I literally got a whole new outfit, here it is: 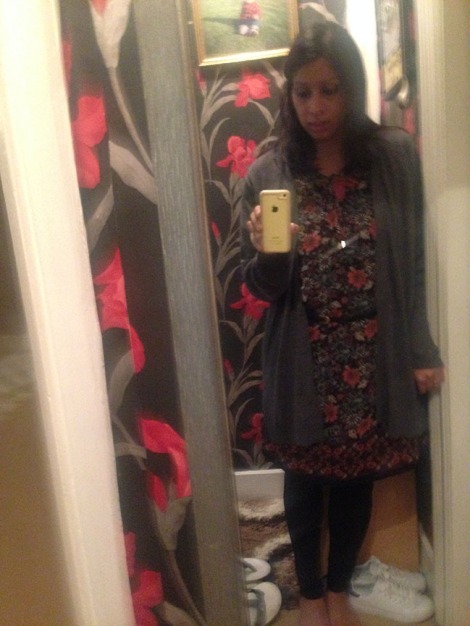 We also heard on the radio that it was National Cake Day, and my husband being a cake-a-holic bought some lovely cupcakes – a gingerbread one and a chocolate one. 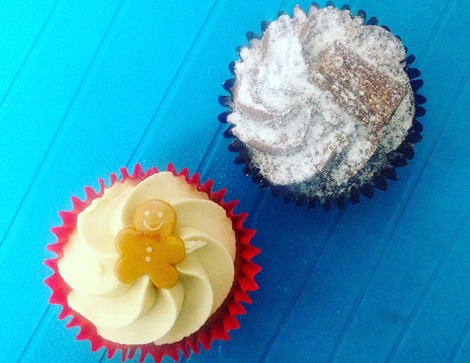 I dropped my hubby off at the station so he went home, and I went back to my parents. I read my new Woolworth’s book that I’d been sent in the post to review. It’s a beautiful book, full of amazing photos from the past, but I’ll tell you more about it when I’ve read it properly. I slept next to my boy who was in a deep sleep.

Then suddenly at 2 am, he woke making train sounds “Choo choo!” – this is very normal for Tyler. He was so loud though! My mum came in and gave him a glass of milk. He kept saying to me “I’m better now mummy”, which made me think, aw he actaully realises he was ill. He was still hot though. He then fell back asleep after he had his milk.

At 4am, he started tossing and turning, whimpering and pulling at his nightie top. I figured he was too hot so I took it off. He lay down in his vest and pj bottoms and I blew air on him so he would cool down. He fell back asleep and I put a light sheet over him instead of his duvet.

At 7.45am he woke for the day making train noises, and the first thing he said to me was “Can we go on a high speed train?” – pretty normal. He was still hot, but acting normal, he seemed to be getting better. Calpol every 4 hours would do the trick. He was up and about playing football with my mum when I left for work. So hopefully when I get in tonight he’ll be loads better. I’ve been thinking about him all day. Isn’t it awful when your kids are ill? 😦

🧳 Where to stay in Edinburgh?
🍭 CAMERA OBSCURA : WORLD OF ILLUSIONS 🍭
🚆 LONDON TO EDINBURGH with low cost train tickets 🚆
Part 2 of the “Favourite Toy” story. So after I told the kids the story of me losing my Bugs Buggy toy when I was little, I then forgot about it.
🧸 FAVOURITE TOY 🧸
Who is excited for Sing 2 to be out at the cinema? Us! 🙋🏻‍♀️ Can you believe it’s out next week - ahh!!