Yeovil was the last of our stopoffs on our 2013 Summer Roadtrip. We had come from Cornwall and I needed a break from driving back to London, so we chose Yeovil in Somerset, kind of in the middle. For some reason I thought they made cheese there!

I think I may have got it mixed up with Yeo Valley. Anyhoo, we had driven from Bude in Cornwall for about 2 hours, and after all the beach days, we planned to have a shopping day in Yeovil. I’ve since discovered that Yeovil is where travellers did stop off on their journey from London to the West Country in the olden days – so we were keeping in with traditions haha!

We’d booked a room at the Green Room hotel on Wine Street. It doesn’t look like the average hotel. The main section in an olde style pub, and they had a separate annexe through the back that had hotel rooms. We had to drive around the back to this industrial side where we could park our car. Luckily our room overlooked the car park so I could keep an eye on my car! We had a really long room, with 2 beds and a shower room. It was contemporary, quite sparsely decorated but for only £55, we were happy with it.

We had dinner in the pub, which is actually a 16th century cellar – full of ye olde charm. It was about 8pm so quite late for Tyler, but the staff were really good about it, they were making him laugh and stuff. It almost felt like a night out, with toddler in tow! 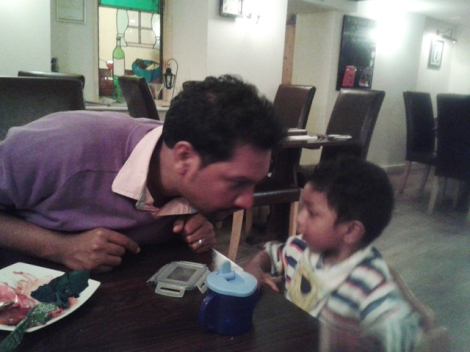 In the morning we had breakfast in the same pub, Tyler had rice crispies and milk. Then we checked out and went shopping, as the High Street (called Middle Street) was just along the next road. It was really long from what I remember, every big brand was present, and as we walked down we discovered the Quedam Shopping Centre. We bought lots of new clothes for Tyler hee hee. I’ve written a post about the old Yeovil Woolies store, which is now Primark – you can read that here if you’re interested. 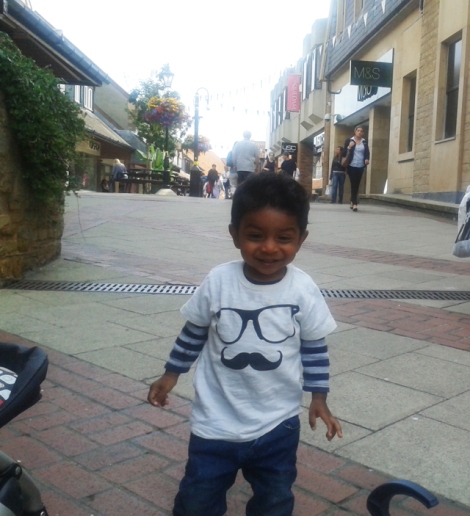 We had lunch is Starbucks, where Tyler had pasta. We had a lovely view of St John’s Church from inside. 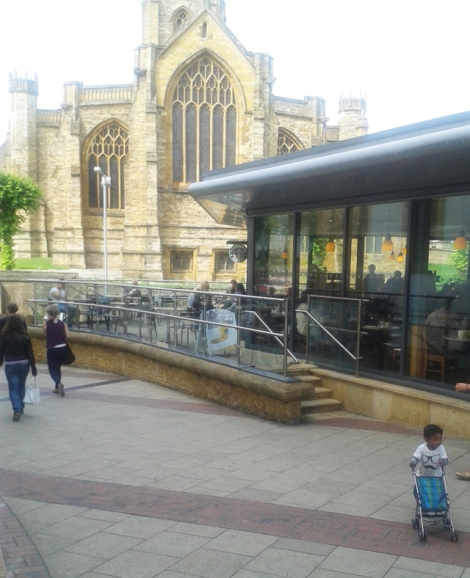 Now we were shattered after a week-long roadtrip so we made our way home after this. But if we were to visit Yeovil as a first stop, there’s actually quite a lot to do there – here is what I would do on a future visit:

5) Or mostly likely, we would stick the boy in a soft play centre 😛

What you won’t find in Yeovil is a cheese musuem. What was I thinking?!

Next week, Toddler Trips will be back at the seaside, where I’ll tell you about my first ‘mummy and son’ mini-holiday in Southend-on-Sea. ‘Till then, have a great week and enjoy the heatwave!

Did you know you can go right up to the top of the Monument to the Great Fire of London?
𝔸𝔻 ⭐️ INSIDE TOWER BRIDGE ⭐️
☀️ Hot weather = Iced Coffee🧋
𝘼𝘿 ⭐️ 25 YEARS OF TAMAGOTCHI! ⭐️
When your 5-year-old drives you around in a Legoland boat and your boat somehow ends up backwards, and we had the get a guy from a passing boat to turn the boat the right way round. You could not make it up 🤣🤣
💦 Who went splashing yesterday? 🙋‍♀️💦